What is about to happen this autumn in the Tuscan Archipelago National Park is incredible. In a few days, actually, the campaign to kill the Mouflons of Giglio Island will begin, entrusted to a group of hunters disguised as “selecontrollers”, recruited, if you can imagine, by the Park itself. In this way, the Park does not contradict its well-deserved reputation as the “terminator” of animal life, already earned at the expense of Hares and Rabbits, and with munificent droppings of lethal poisons, thanks to generous European funding. A new “Park style”, which has aroused vibrant protests in the local environment, outraging Italian and foreign naturalists. But it doesn’t seem to be upsetting the Ministry of Ecological Transition, nor inducing Europe to cut off funding.

The reasons given for these indiscriminate eradication events, right on the islands where natural life should enjoy the utmost respect, have no foundation, because these Mouflons are the descendants of a historical nucleus imported here about 70 years ago from Sardinia and Corsica, where the species was at risk of extinction, on the initiative of authoritative scientists and naturalists of the caliber of Ugo Baldacci, Alessandro Ghigi, Augusto Toschi and Renzo Videsott. And they are therefore carriers of a unique genetic heritage, which should be jealously preserved.

On the other hand, the Mouflons of Giglio are by now well-integrated in the ecosystem, loved by the population and admired by many visitors, who flock to observe and film them, thus feeding a naturalistic and photographic tourism that revives the life of the island even in the off-season. Besieged by the protests, the Park had assured that it would limit itself to a few captures, but on the contrary, it has unleashed a war with a meticulous disciplinary, establishing the rules of engagement for the army of riflemen anxiously waiting.

However, it must be made clear that, if a peaceful solution without bloodshed had been desired, it was not difficult to confine the small population of Ungulates to the promontory of Franco, a corner of the island where nature, landscape and silence reign supreme.

This frenzy to manipulate the island’s ecosystems, reminiscent of the classic bull in a china shop, is fueled by substantial LIFE funds, and has already produced significant failures to the detriment of the precious endemic Hare and the historic Montecristo Wild Goat, pride and prestige of the Archipelago. In other countries, such as Greece, species like these would be the object of admiration and protection, rather than the target of bullets and poison.

One wonders how such an attack against the natural heritage can be explained. It is a barbaric practice, inadmissible in a civilized country, but sometimes labeled by some contortionist shooters as “Hunting Environmentalism”. These seem to be the demented justifications of mindless people, but in fact they are perfectly in line with today’s dominant trends, which every day suggest, from the ineffable Ministry of Ecological Transition, with fearless confidence, various other Environmentalisms: Nuclear, Energy, Building and Digital… 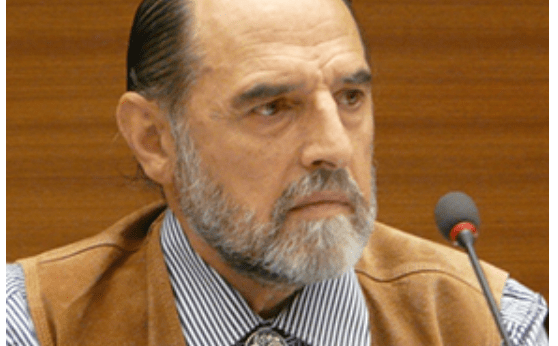 This website uses cookies to improve your experience while you navigate through the website. Out of these cookies, the cookies that are categorized as necessary are stored on your browser as they are essential for the working of basic functionalities of the website. We also use third-party cookies that help us analyze and understand how you use this website. These cookies will be stored in your browser only with your consent. You also have the option to opt-out of these cookies. But opting out of some of these cookies may have an effect on your browsing experience.
Necessary Sempre abilitato
Necessary cookies are absolutely essential for the website to function properly. This category only includes cookies that ensures basic functionalities and security features of the website. These cookies do not store any personal information.
Non-necessary
Any cookies that may not be particularly necessary for the website to function and is used specifically to collect user personal data via analytics, ads, other embedded contents are termed as non-necessary cookies. It is mandatory to procure user consent prior to running these cookies on your website.
ACCETTA E SALVA
SearchPostsLoginCart
Amico Scoiattolo 2023
GIGLIO: I MUFLONI, IL PARCO E GLI “ASCARI” IN SERVIZIO PERMANENTE EFFETTIVO
ADATTAMENTO IN CITTÀ, NON SOLO PER L’UOMO MA ANCHE PER GLI ANIMALI E LE PIANTE
#MUFLONI / “Lettera aperta” al Sindaco del Giglio
Tassi: “Si’ alla riserva per mufloni all’Isola del Giglio”
QUALE DESTINO PER I MUFLONI?